Posted by: Fymicohuang 2021-05-23 Comments Off on 12 types of standard fasteners

One. Fasteners can be divided into 12 categories

Second, the breakdown of 12 categories of fasteners

According to different shapes and uses, standard fasteners can be divided into:

1. A type of part composed of a head and a screw and used with a nut to fasten a link is called a bolt.

2. Fasteners with no head but only two ends and threaded outside are called studs.

3. Similar to bolts, they can usually be divided into machines, set screws, and special-purpose screws. Our website has an article on "The Difference Between Bolts, Screws, and Studs." If you are interested, you can check them in detail.

4. The shape is flat and has internal threads. It is used to connect with bolts, studs or machine screws. It is called a nut.

5. Similar to screws, but the thread on the screw is a special self-tapping thread, which is called a self-tapping screw.

7. It is mainly used for connecting the supporting surface of bolts, screws or nuts with the surface of parts.

8. It is installed in the shaft groove or hole groove of the machine and is used to prevent the parts on the shaft or hole from moving left and right. It is called the retaining ring.

9. It is only used for positioning or locking and fastening, and is called a pin.

10. A type of fastener consisting of a head and a nail rod. It is used to fasten and connect two parts with through holes to make it a piece. It is called a rivet.

11. Combining concentrated fasteners together is called assembly and connecting pair.

12. Use the welding method to fix and connect him to a part, which is called welding nail. 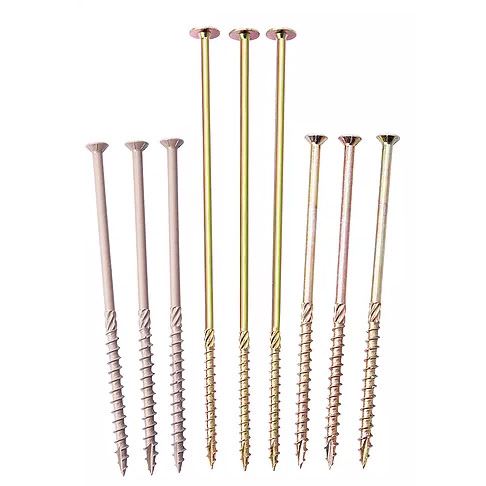 Link to this article：12 types of standard fasteners

Previous article
Why Are The Prices Of CNC Processing Quotes Different ?
Next article
What is CNC Machining ?