Do You Know The Principle Of Bolt Connection

Posted by: Fymicohuang 2021-07-08 Comments Off on Do You Know The Principle Of Bolt Connection

Bolt connection: bolt and nut are used to fasten and connect two components with through holes, belonging to detachable connection.

According to the matching degree of screw and through hole, the bolt connection type can be divided into two types.

Ordinary bolt connection: after assembly, there is a gap between the hole and the rod, the structure is simple, the assembly and disassembly is convenient, and it can be assembled and disassembled for many times, so it is widely used（ The hole is 1.5mm-1mm larger than the screw.

Reamed hole bolt connection: no gap after assembly, mainly bearing transverse load, can also be used for positioning（ The hole is 0.3mm-0.5mm larger than the screw.

Hooke's Law: after a solid material is stressed, there is a linear relationship between the stress and strain (unit deformation)

Bolt tensile connection: mainly depends on the pre tightening force after the bolt is tightened.

In addition to shear force and tensile force, it is also subject to vibration, temperature, lateral stress (wind, flow, pressure, etc.), load change and other forces. 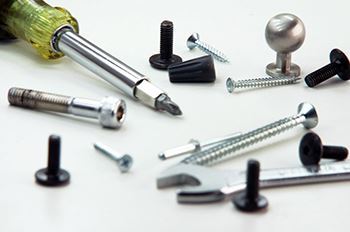